Urgent Call to Action: Tell your State Representative to Vote NO on SB3

Posted on December 8, 2017 by womenslawproject 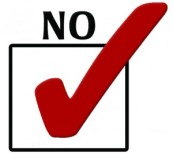 The Pennsylvania House of Representatives plans to vote on Senate Bill 3 as early as Monday, December 11.

SB3 has already passed the Senate.

It is urgent that you contact your state Representative and urge him or her to vote NO on SB3.

Senate Bill 3 is dangerous and unconstitutional, which is why SB3’s supporters forced it through the legislative process by repeatedly voting against testimony from medical experts, doctors, and the public.

Kelsey Williams is a Pennsylvanian who bravely shares her story of terminating her pregnancy in the 21st week after receiving shocking news about serious fetal anomalies. Though SB3’s supporters refuse to listen to women, she shares her story to try to help families who may experience similarly devastating news, and wind up in the same unthinkable position.

Pennsylvania lawmakers supporting Senate Bill 3 refuse to listen to Kelsey, but we hope you will.

“Since my abortion, I’ve had to listen to proponents of these bills like SB3 say that they know what’s best for babies and mothers, that they are the true voice for life. And that’s just flat out wrong,” she said. “I’m the only one in this world who ever held my son, carrying him in my womb for nearly six months. And I loved him enough to let him go so that he didn’t live only to know pain and suffering because life is about so much more than just a heartbeat.”

To learn more, go to our Info for Advocates page and see fact sheets on SB3.

Find your Representative, and urge them to vote NO on Senate Bill 3.

We will keep you posted. Thank you for speaking out.

The Women’s Law Project is a public interest law center in Pennsylvania devoted to advancing the rights of women and girls.

We are a non-profit organization. Please consider supporting equal rights for women and girls by making a one-time donation or scheduling a monthly contribution.

The Women's Law Project creates a more just and equitable society by advancing the rights and status of all women throughout their lives. To this end, we engage in high-impact litigation, advocacy, and education.
View all posts by womenslawproject →
This entry was posted in Abortion. Bookmark the permalink.
%d bloggers like this: