Posted on February 7, 2017 by womenslawproject 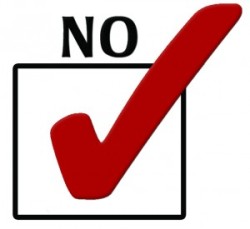 Senate Bill 3 is a uniquely dangerous abortion restriction which contains two provisions. In addition to criminalizing pregnancy termination after 19 weeks, it also contains a “method ban” provision, which seeks to criminalize the use of a procedure known as dilation and evacuation (D&E). D&E is a commonly used, medically tested, safe procedure. It is often used to address miscarriages.

The American College of Obstetricians and Gynecologists, Pennsylvania Medical Society, Physicians for Reproductive Health, and many more physicians are on record strongly opposing this legislation.

Despite robust medical-expert opposition to legislation that leaves the only exception—“death of the pregnant woman or the substantial and irreversible impairment of a major bodily function” undefined, and criminalizes a common, safe procedure without suggesting a safe substitute, these men explicitly rejected a motion to allow input from medical experts, women, and the public.

The bill’s sponsor, Senator Michele Brooks, was invited to the Senate Judiciary Committee session, but did not show up to answer questions.

Senate Bill 3 goes to a full vote as soon as tomorrow, Wednesday, February 8.

We need your help to defeat this legislative attack on women, families and physicians in Pennsylvania. 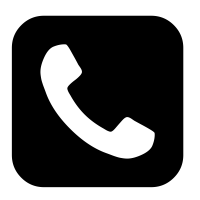 CONTACT them any way you can, giving phone calls a priority, to urge them to OPPOSE SB3.

SPREAD THE WORD by posting this alert on social media. Post on lawmakers’ social media pages. They intend to fast-track this bill, and we need to be visible and make noise.

Senator Michele Brooks, a politician with no medical training, sponsored this bill but did not show up to the Senate Judiciary Committee session to answer questions.

Please share your question for Senator Brooks with the rest of us! We will collect questions and share them with lawmakers who support evidence-based policies for women and families, so they can ask questions behalf of the citizens of Pennsylvania who have been locked out of discussion.

If you would like your name and question read into the record tomorrow (we can’t guarantee it will happen but need your approval) mail or forward your question to Tara Murtha tmurtha@womenslawproject.org.

You can also tweet your question with the hashtag #AskMicheleSB3

Thank you for speaking up for physicians, women and families in Pennsylvania, and against this outrageous political interference and over-reach into the way doctors practice medicine, and the private life of families struggling to make complicated decisions.

The Women’s Law Project is the only public interest law center in Pennsylvania devoted to advancing the rights of women and girls.

We are a non-profit organization. Please consider supporting equal rights for women and girls by making a one-time donation or scheduling a monthly contribution.

The Women's Law Project creates a more just and equitable society by advancing the rights and status of all women throughout their lives. To this end, we engage in high-impact litigation, advocacy, and education.
View all posts by womenslawproject →
This entry was posted in Action Alert and tagged Abortion, AskMicheleSB3, Pennsylvania, SB3, Senate Bill 3. Bookmark the permalink.
%d bloggers like this: